Warning: A non-numeric value encountered in /homepages/38/d686412055/htdocs/clickandbuilds/NewHorizonsDiveCentre/wp-content/themes/Divi/functions.php on line 5760

Farne Islands – a group of rocky islands at the Northumberland Coast – is a wonderful place to visit for all nature lovers.  These islands are most famous for their Atlantic grey seals and numerous species of seabirds. And for us, that is also a great diving destination that offers loads of amazing boat diving spots with rich marine life. 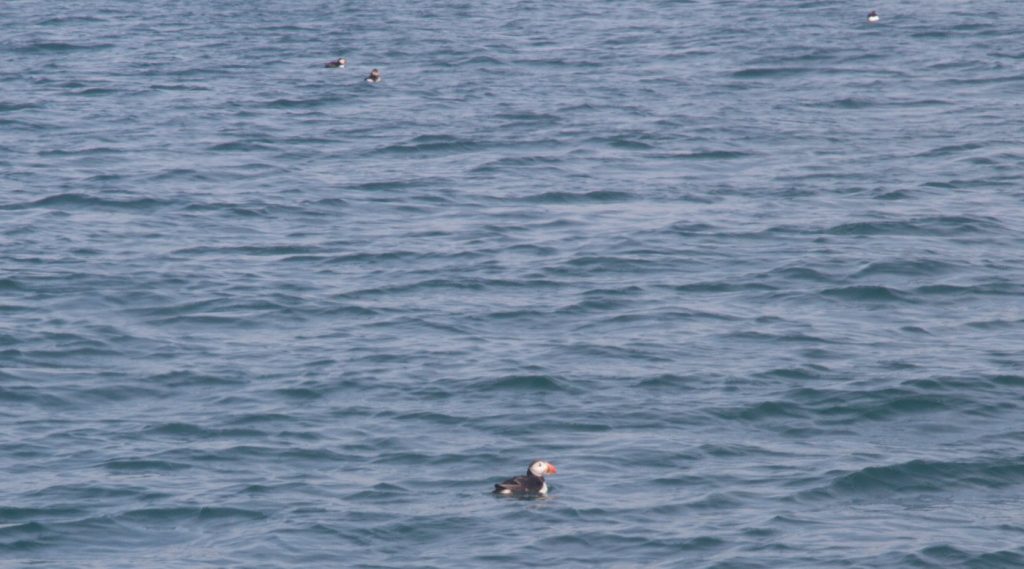 This trip was my second diving trip to the Farne Islands. I enjoyed our autumn trip so much that was very happy to go and dive there again. I knew that the chance of seeing grey seals underwater this time of the year is very low as compared to our autumn trip, therefore, I was happy to watch them resting on the rocks.

All four dives on both days went very well, calm and stress-free.  The sea was calm; the sun was shining, offering perfect conditions for diving. Although, the visibility was not great close to the surface it was much better as we descended deeper.  The water temperature was 7°C, but as I was so much amazed by the colourful and fascinating creatures around me. I did not have time to think about being cold (that’s all about perception in the end).

When the visibility is not great I tend to focus more on tiny details of small marine animals and that is something absolutely fantastic – nature is the best artist. I love to hover just next to soft corals colonies and observe their numerous tiny translucent tentacles ready for feeding. In autumn corals were not “furry” as most of the colonies hide their tentacles and stop feeding. Every season has something special to offer.  I’ve never seen such a variety of starfish species before: different shapes and colours, all around us.

The second dive on Saturday was extra special. At some point I decided to take my eyes off a lobster that was hiding beneath the rock and looked around. And suddenly I saw a grey seal coming towards us. He swam around Andy (who was busy taking photos of something at the sea bottom) and left. Few minutes after, when we were about to ascent, the other one came to see us. It swam around, but did not stay long. I felt very grateful that they came to say hello even though this is not so usual this time of the year. 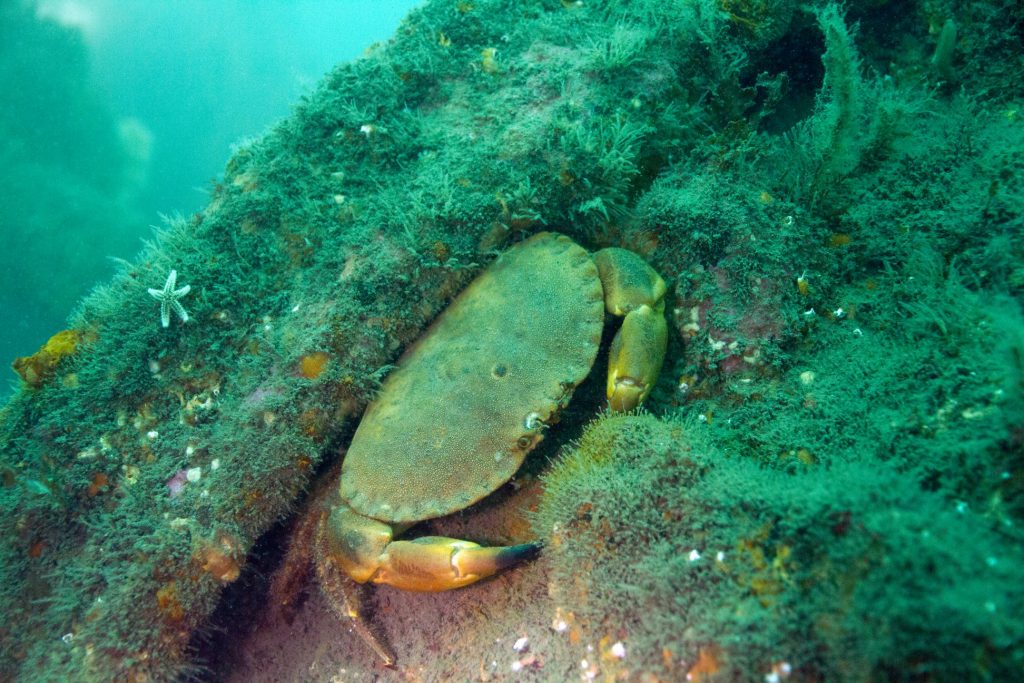 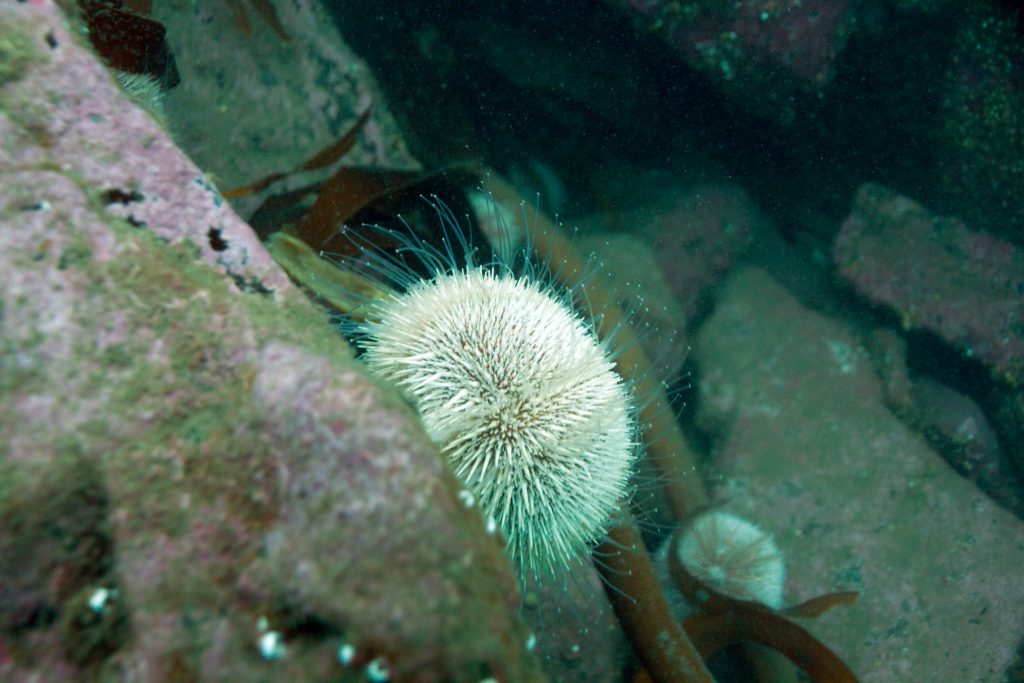 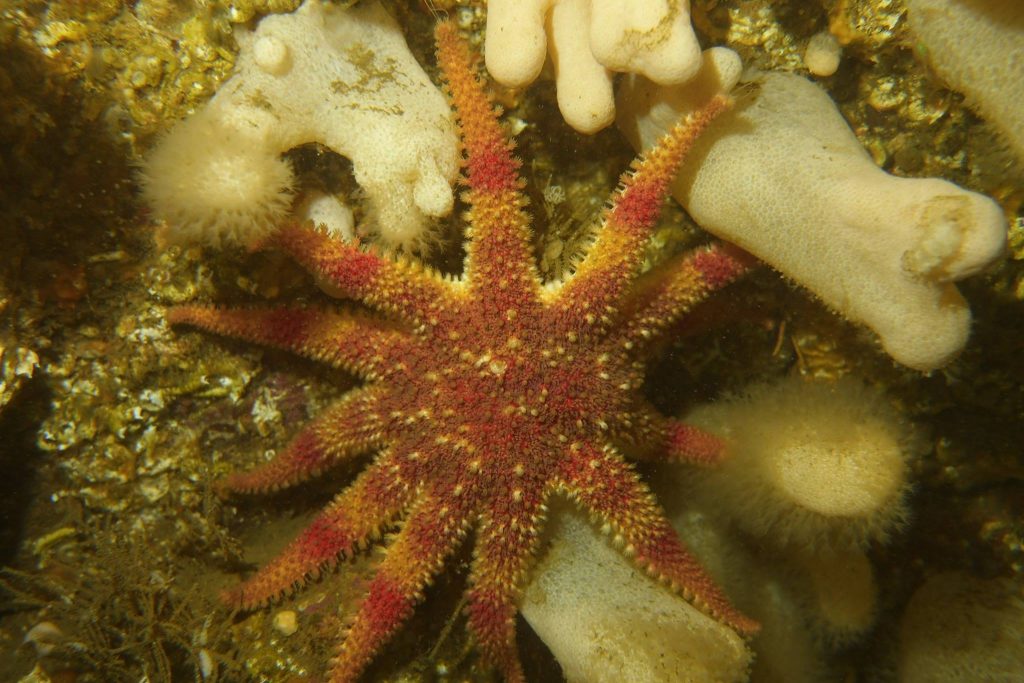 The time between and after dives was also great. Warm sunny weather and Lee’s tea helped to quickly warm up and get ready for the second dive. I would like to thank our skipper Lee and all the lovely people I met on the trip. The entire atmosphere of the trip was so nice and warm because everybody was extremely friendly, kind and helpful. My special thanks to Andy, the trip leader, who made the trip run smooth and stress-free. Everything was very well organized and managed. And thank you for being such a great buddy. And now as always, I am looking forward to my next diving adventures with the New Horizons Dive Centre. 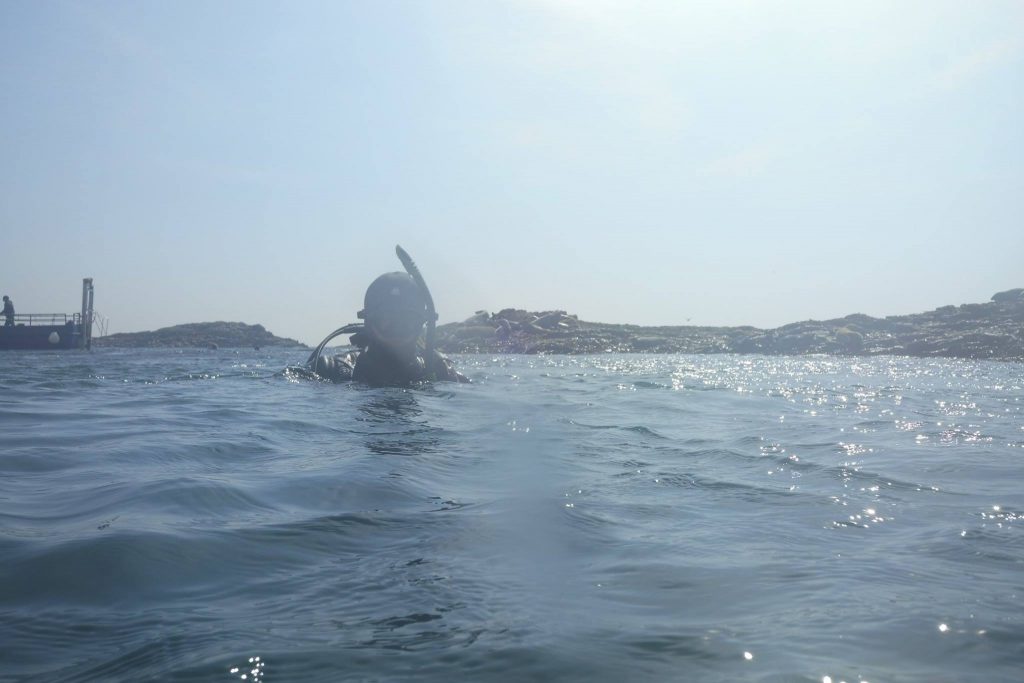 If you would like to join the New Horizons Dive Society on our next UK trip, check out the ones later in the year.

Get a better view of the latest events